Gran Canaria Puerto Rico Shopping Centre Europa Sky Line Electronics is not the place to buy anything. I was there lately. The shop keeper show me buy some little things from the shop at the same space. He came to me and was very polite and nice.

He was showing me a list of their other shops, one was in Finland. He gave me a coupon, that I could use to buy stuff from somewhere with 50 per cent discount. He even put a stamp in it.

He was showing me a Sony Handycam. The price dropped really fast to twenty euros. He put the camera in my hand and showed how god zoom was.

Then he was trying to sell a Go Pro for 40 euros. And even a better Go Pro with lcd display for 60 euros. But I noticed that the second one was not a Go Pro brand.

At last he was trying to sell me an iPad mini for 45 euros.

I told him I did not have money on me. But he told me I could use a credit card.

I asked how he can sell that stuff so cheap. He told me that he just opened that shop three days ago and the business was quiet.

I did not buy anything.

Went online at the hotel and found out that this is one of the scams.

Talked to some throw in men at the shopping centre and one of them told me to call police on the shopkeeper and one was telling that sky line electronics is taking more money than they are supposed on customers credit cards.

So, this in European Union, a legitimate shop in tourist shopping center. Happening in broad daylight. Unbelievable.

There is another crappy street shopping center "Pasarella" near the beach. The salesman there tried the same thing. But I did not get my discount ticket stamped. I was told that I could get big discount at the airport.

The internet is full of stories of people getting scammed there. Just started to be impolite for everyone trying to sell me anything. Would probably have entered more shops, but why even bother talking to these kind of artists.

So, be aware. I hope this helps someone. 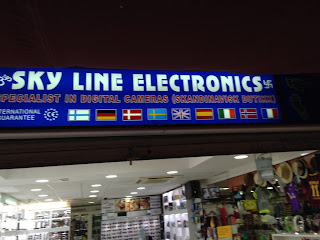 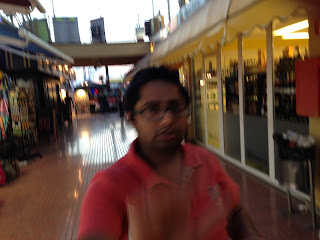